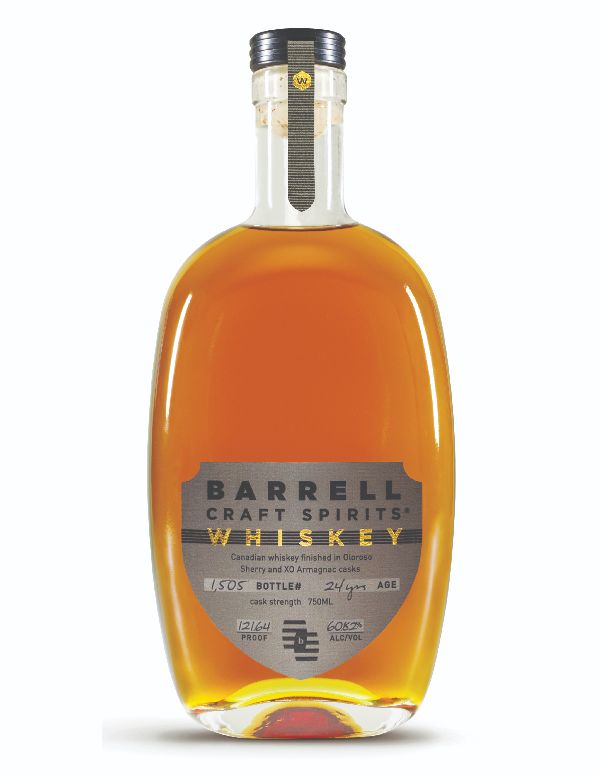 Aged in the US and Canada​

Crafted and bottled in Kentucky

BCS Gray Label Whiskey began with two selections of 24-year Canadian whiskey barrels: one set was fruit-forward and tropical, and one was woody, with a light floral aroma. A portion of the fruit-forward blend was transferred into Oloroso Sherry barrels and a portion of the floral and earthy blend was transferred into Armagnac casks. The remaining whiskey from the two groups was then combined to mingle. When the timing and flavor from the finishing casks peaked, the three components were carefully blended together.

The mature, spicy whiskey is front and center, reminiscent of wheat fields edged with wildflowers. There is a rare and noteworthy concentration of aroma, enriched with a candy sweetness and leafy earthiness from the finishing casks, that calls to mind a toasty Belgian waffle.

Nose: Meticulously layered, with aromas from every stage of production, from field to distillation, to aging, to finishing. The whiskey’s floral character manifests elderflower, with maple and lavender tucked in as well. Notes of rosehip jelly and candied plum, indicative of Armagnac barrels, blend seamlessly with those of fresh, tropical fruit. The grassiness of the whiskey transitions to the nutty character of the oloroso cask. Notes of ginger, wintergreen, and pine pitch are present though the whiskey is not especially woody.

​Palate: More oaky than the nose, as suggested by butterscotch, coconut milk, and root beer, nearly obscuring the Canadian whiskey’s trademark green apple brightness. There is a concentration of honeydew melon, gooseberry, and old English cider apples. Meanwhile the earthiness expands to include olive oil, sunflower seed, and licorice root.

With a splash of spring water: The fruit notes on the nose shift from fresh to cooked, with grilled peach and pineapple joined by apple pie and dried orange peel. The floral notes, get richer, displaying saffron, propolis, and orange blossom honey. The palate gets tangier, with yogurt and malt vinegar lending a welcome brightness to the earthy sesame and maple syrup flavors.